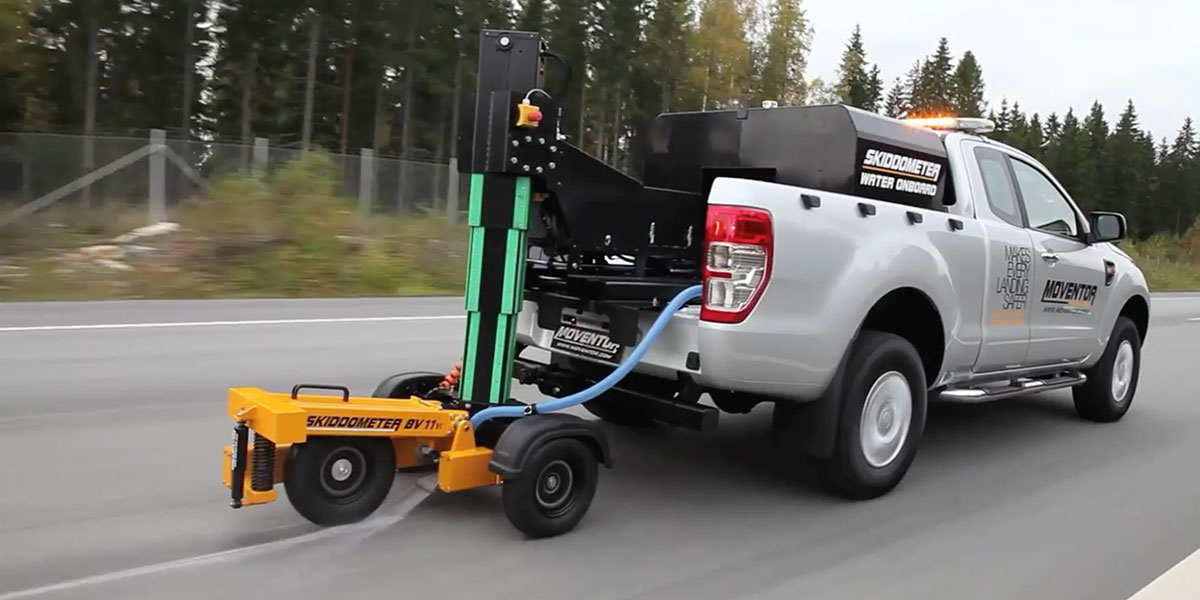 Skiddometer is used for checking the runway surface condition and “rubber build-ups” (Runway Calibration), i.e. measuring wet friction at a water depth of 1 mm. This measurement is based on recommendations of the International Civil Aviation Organization (ICAO), the Federal Aviation Administration (FAA), and ASTM standard E 1960 – 98. Since wet pavement always yields the lowest friction measurements, Skiddometer BV11 should routinely be used on wet pavement which gives the ”worst case” condition. 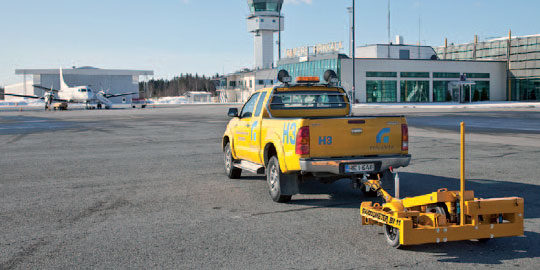 Operational measure is when the meteorological service expect ice or snow. Hourly reports as a minimum and certainly whenever there is reason to believe there has been change in the runway state. (A decelerometer or a diagonal braked vehicle should not be used in deep loose snow or slush as each can give misleading friction values) 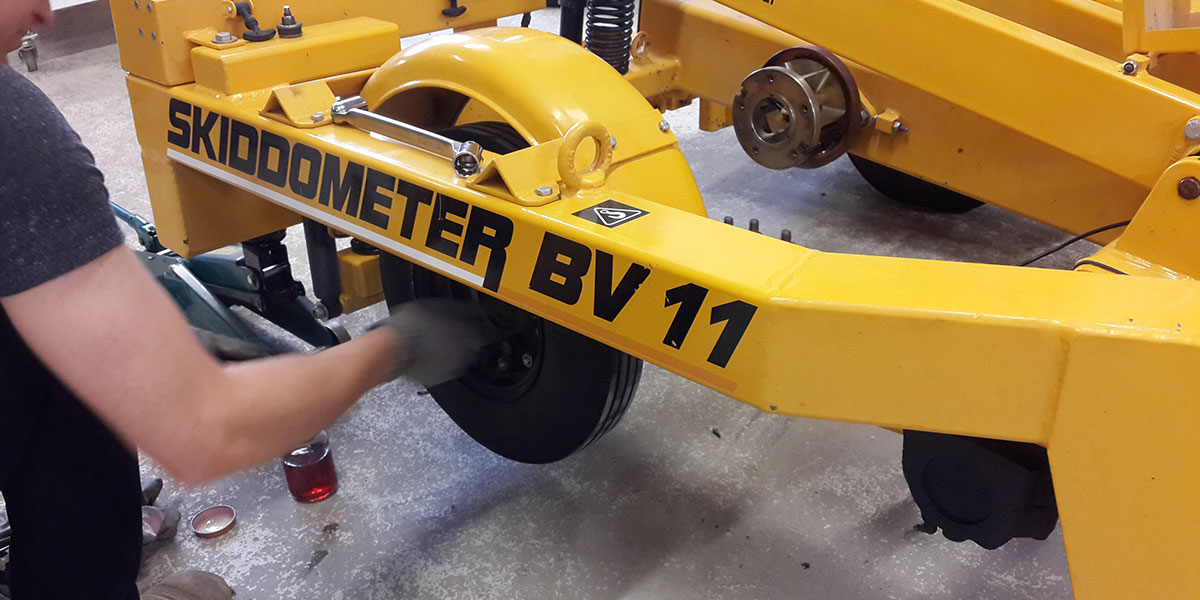 1. Airports that exceed 31daily turbo-jet aeroplane landings are more critical with respect to friction deterioration caused by rubber accumulation due to increased aeroplane activity.
2. In addition to daily turbo-jet aeroplane landings for runway ends, other factors should be considered by the airport operator when determining rubber removal, such as the type and age of pavement, annual climate conditions, time of year, number of wide-body aeroplanes that operate on the runways, and length of runways.
3. Reference columns [H] and [K]: After calculating [H] and [K], the airport operator should select the column which has the higher value and then select the appropriate values in columns [M] and [N]. 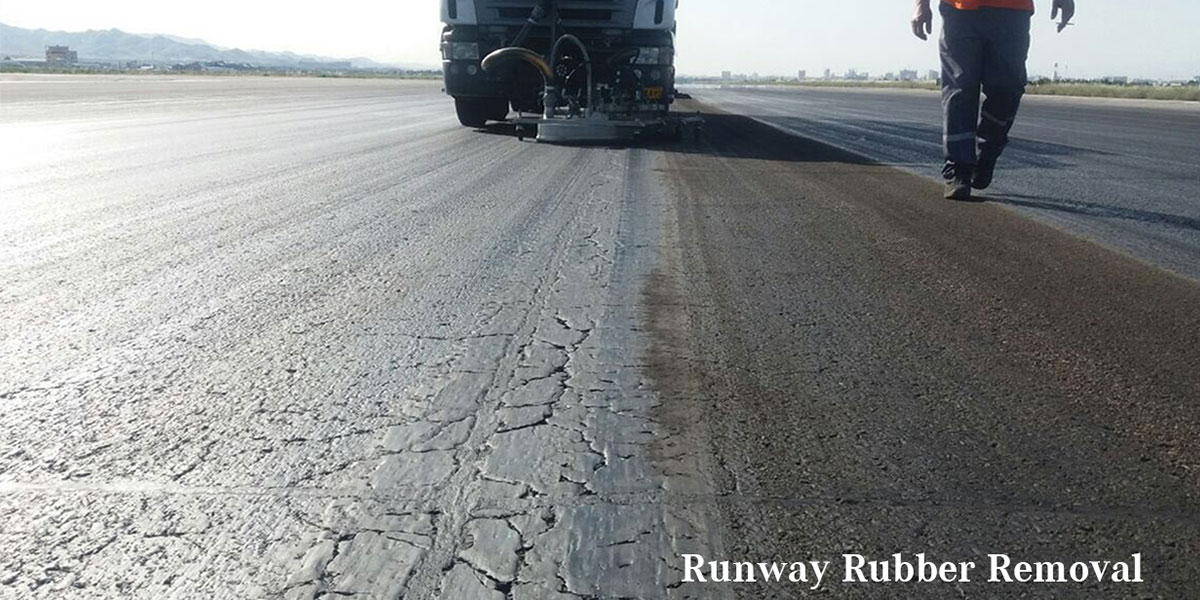 
OPAL can offer you customized equipment to own, rent or contracting.
OPAL Waterblasting System uses needle sharp water jets to quickly do these tasks with the least amount of impact to the surface. The operation can delivers up to 2600 m²/h depending to the job. Experienced staff and full equipped truck make a reliable service on airfields.